Aston Villa are reportedly set to enter transfer talks for Morgan Sanson, a player they have tracked for ‘several months’. 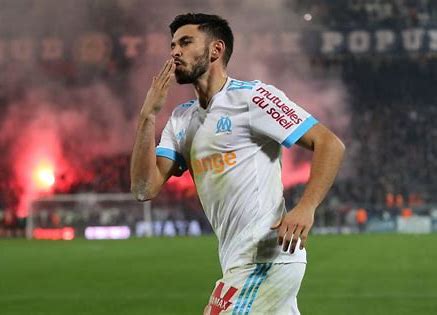 Morgan Sanson was linked with a move to Villa last season.

Aston Villa have been named as one of the clubs linked with Morgan Sanson.

The Marseille midfielder was linked with a move to Villa Park, earlier last year, before the pandemic.

It was claimed that Dean Smith’s team would be interested in making a summer move for the Frenchman, providing they stayed in the division.

With, French news outlet, L’Equipe reporting how Sanson was one of a number of summer transfer targets; however, Villa did not make a move for the France Under-21 international.

Instead, Ross Barkley was brought in, on loan, from Chelsea.

Barkley has played in a more advanced role in the midfield this season, but, he has been out with a hamstring injury since November.

With, Hourihane also being linked with a move away from Villa Park, a move for Sanson would be a good acquisition.

French football has suffered a financial crisis and Villa could sign Sanson for just £22.5 million.

French Journalist, Julien Maynard, has reported that Villa have been keeping tabs on Sanson for ‘several months’ and are likely to make an offer.

That claim has been confirmed by transfer expert, Fabrizio Romano.

Marseille’s sporting director has said that, ‘We always talk about Sanson in England. He’s a very good player, with good value in the market. We have to wait and see if there will be anything concrete. These are rumors.’