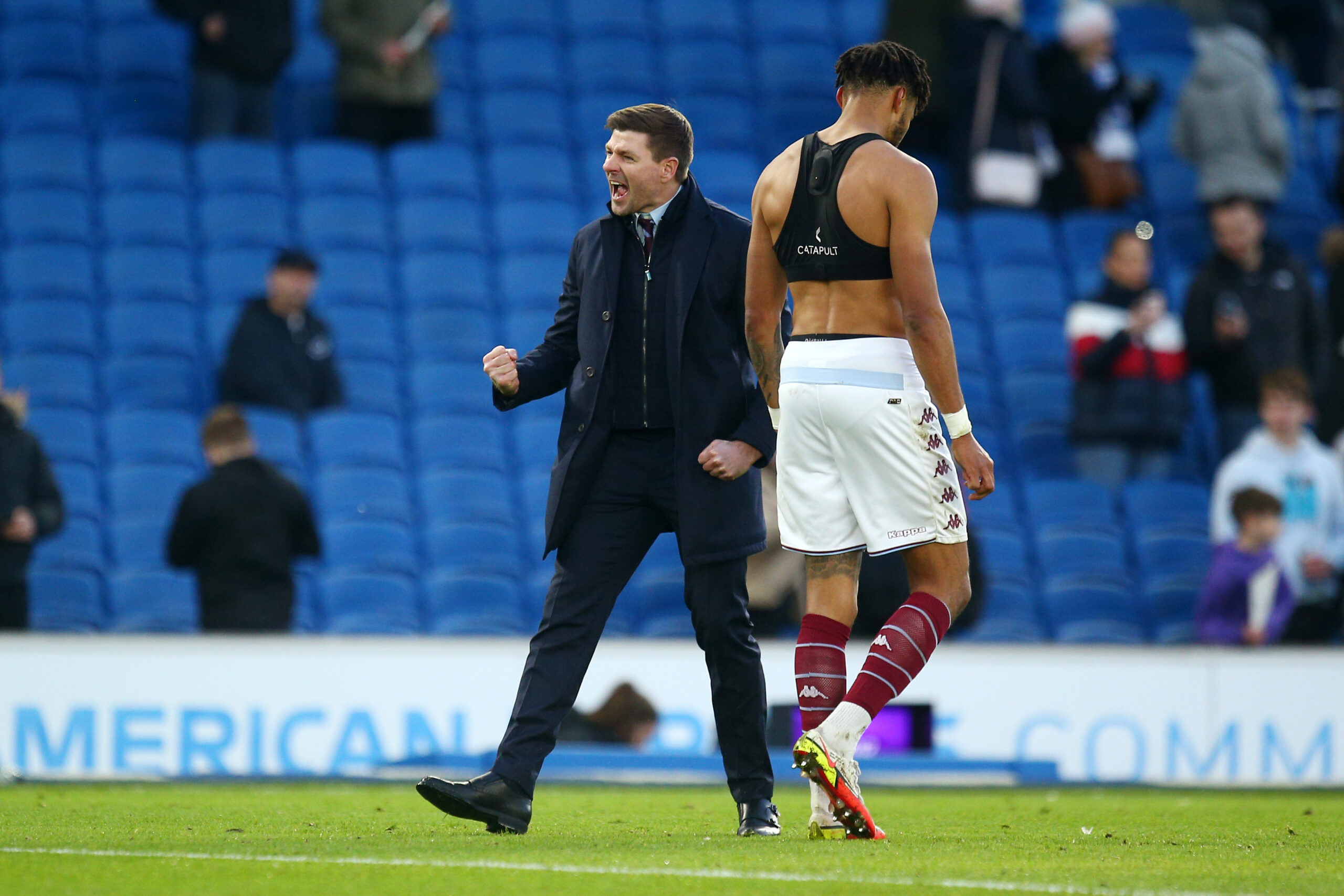 Steven Gerrard has expressed his satisfaction with Aston Villa’s showing in a well-deserved 2-0 victory away to Brighton & Hove Albion.

Matty Cash and Ollie Watkins scored either side of half-time to complete Villa’s first league double over the Seagulls in 40 years and snap their frustrating three-game winless league streak.

Coming into this matchday, the Lions had lost back-to-back top-flight matches to worse-ranked opponents, Watford and Newcastle United, sliding into the bottom half of the table.

Gerrard, who has experienced a topsy-turvy start to his managerial career at Villa Park, was, therefore, desperate to secure his first three points in the Premier League since mid-January.

Like Villa, Brighton have been dealing with a noticeable dip in form of late, with Saturday’s reverse marking their third consecutive league defeat without scoring.

Luckily for Gerrard and the Villa faithful, Cash and Watkins bailed the Midlanders out of trouble, helping them stay within touching distance of a top-half finish.

An underwhelming 12th position in the Premier League table is seemingly not what the Villa hierarchy had in mind when they went all out to reinforce the squad in the last two transfer windows.

But Saturday’s success at the Amex Stadium could have laid the foundation for a brighter future as Gerrard hails his side’s performance and attitude.

“It is always important when you are going through a sticky patch that you stay together and keep believing in the right things,” he said in the aftermath, as relayed by the Express & Sport.

“It is only a matter of time before it changes. The important thing for us is to take the confidence and belief from today’s game and build on it next week against Southampton.

“The preparations were challenging today because of the delay, but the players remained focused.

“The most pleasing thing for me was the way we controlled the game out of possession.

“I thought we were really organised, everyone really brought into what we were looking for and that gave us a really good base to win.”