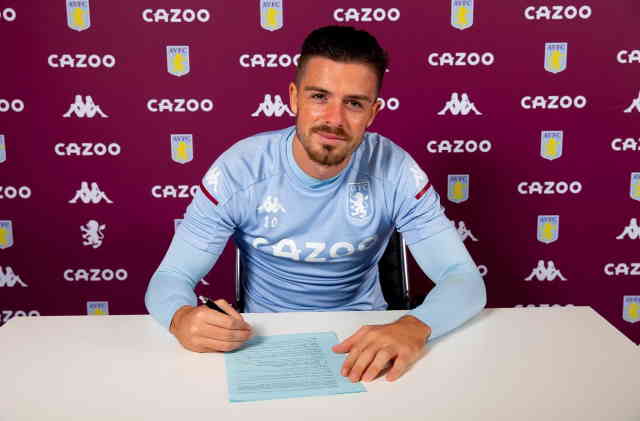 The 25-year-old midfielder has been in fine form since the start of the season and Ferdinand believes that Grealish is a joy to watch.

Grealish was instrumental in Aston Villa’s survival last season and he has started this season in similar fashion. It will be interesting to see if he can guide Dean Smith’s squad to a respectable finish in the Premier League this year.

Rio Ferdinand and also hailed the midfielder’s loyalty when he decided to stay at Aston Villa despite having several opportunities to join other clubs in the summer.

“The kid scores, he creates, he’s an absolute joy to watch,” said Ferdinand during a video on his YouTube channel.

“What a player, and he’s somebody I’m keeping a close eye on in terms of England. I want to see him play for England, I think he deserves to, I think he’s a top player, he can play multiple positions, he’s intelligent enough.

“(It was a) big call to stay at Aston Villa if he had opportunities to go elsewhere, he showed a bit of loyalty there, the big Villa fan he is.”

The former Manchester United defender also claimed that Jack Grealish deserves to play for England and he is keeping a close eye on the Aston Villa star’s development.

It seems that Grealish is not the preferred choice for England manager Gareth Southgate who is often picked Mason Mount ahead of the Aston Villa midfielder.

However, Grealish showed his class during his full England debut earlier this year and it will be interesting to see if he can force his way into Southgate’s plans for the England national team in the coming months.