In an exclusive interview with GAFFER, Ollie Watkins has revealed how two Villa stars persuaded him to sign for the club. 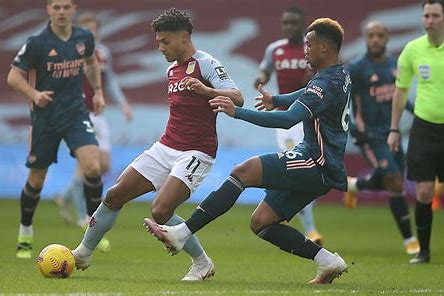 Watkins scored his 10th Premier League goal for Villa against Arsenal on Saturday.

Ollie Watkins has become a fan’s favourite at Villa Park and the striker has revealed how Jack Grealish and John McGinn persuaded him to sign whilst in Mykonos.

Watkins signed for Aston Villa for £28 million and has revealed in an interview how Grealish and McGinn persuaded him to sign for the Villans.

The 25-year-old striker has scored 10 league goals this season for Villa and looks to be established as a top Premier League striker.

“I’m loving Birmingham to be fair,”, Watkins said in an interview with GAFFER. “It’s obviously different coming from London but everyone’s made me feel welcome and I’ve settled in quickly.

“All of the boys are welcoming and I played against a few of them in the Championship. (Jack) Grealish and John McGinn – the two main names – I even bumped into them in Mykonos when they were swaying me into getting me to Villa and it worked! McGinn is the biggest joker I’ve ever met as well.”

Watkins also revealed that Smith first scouted him while he was on loan at Weston-super-Mare in non league back in 2014/2015 with Smith in charge of Walsall.

Dean Smith did get the chance to manage Watkins whilst in charge of Brentford after the 25-year-old signed for the Bees from Exeter City in 2017.

I had 18 months with Thomas Frank,” Watkins added, when asked about linking up with Smith for a second time. “It’s weird. You get used to someone and then they go and I spent a long time with Thomas Frank and got really close to him.

“It’s nice to be back with the gaffer now. He really helps me. He actually spotted me from when I was on loan at Weston-super-Mare. Before I broke into the first team at Exeter he had spotted me when he was the Walsall manager. It spiralled from there.”

Watkins will be looking to continue his fine start in claret and blue on Saturday when Villa travel to Brighton Hove Albion in the Premier League.