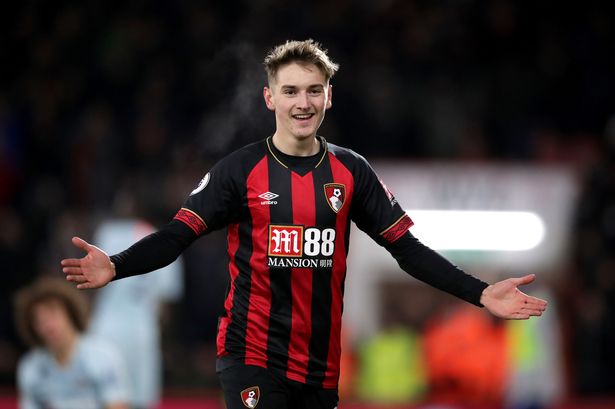 David Brooks is one of the most talented players outside of the Premier League.

David Brooks is believed to be one of Dean Smith’s top January transfer targets as he looks to strengthen his Villa side.

However, Bournemouth manager, Jason Tindall, has sent a firm message to Villa with regards to their reported plans to sign the young Welshman.

David Brooks, 23, is regarded as one of the most exciting players outside the top-flight and a stellar start to the season has seen speculation around his future grow.

The Welshman struggled with injury in his last Premier League season but still impressed enough to have been linked with a move away from Bournemouth in the summer.

However, Brooks stayed with the aim to propel Bournemouth back into the top division.

“No, David Brooks’s future is here at AFC Bournemouth. That’s where his future is,” Tindall said, as reported by the Bournemouth Echo

“He’s contracted here, he’s enjoying his time here. He’s fit, he’s playing a lot of games and until anyone tells us otherwise, that’s the way it will remain.

There’s always been speculation about David Brooks and many of our other players in every transfer window, so I don’t really take any notice of that, until someone tells me otherwise.”

David Brooks has 18 months left on his contract at Bournemouth and has made 39 Premier League appearances, scoring 8 and assisting 5.