Dean Smith has provided an injury update on Villa talisman Jack Grealish ahead of their clash with Fulham on Sunday. 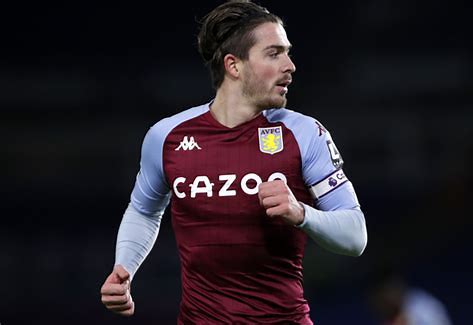 Aston Villa captain, Jack Grealish, is ‘back and raring to go’, according to manager Dean Smith.

The 25-year-old is back in the Villa squad ahead of their match versus relegation-strugglers Fulham, with Aston Villa’s talisman having not played for them since 13 February.

During Grealish’s absence, Villa had won just one out of six games.

Dean Smith said, “Jack Grealish is back and raring to go. Back in for selection.”

“The last six weeks haven’t been what they had been previously. It will be a big boost to have him around.

“We have pretty much a fully-fit squad. Wesley is still trying to get match fitness and he’s playing for the U23s today. Kortney Hause is in training. We had practice games with all the players who weren’t getting minutes.”

Dean Smith also praised Fulham manager Scott Parker and warned Villa that it will be a very different match to their last encounter.

“It’s certainly a very different game [they beat the Cottagers 3-0 in September] looking at the last game they played.

“There’s only five players who play now who started against us. It will be very different. They are a good team who are in form. They’ve made up a great amount of points to the teams about them. It shows the job that Scott [manager Parker] has done.”

Jack Grealish to miss out against Newcastle – injury latest