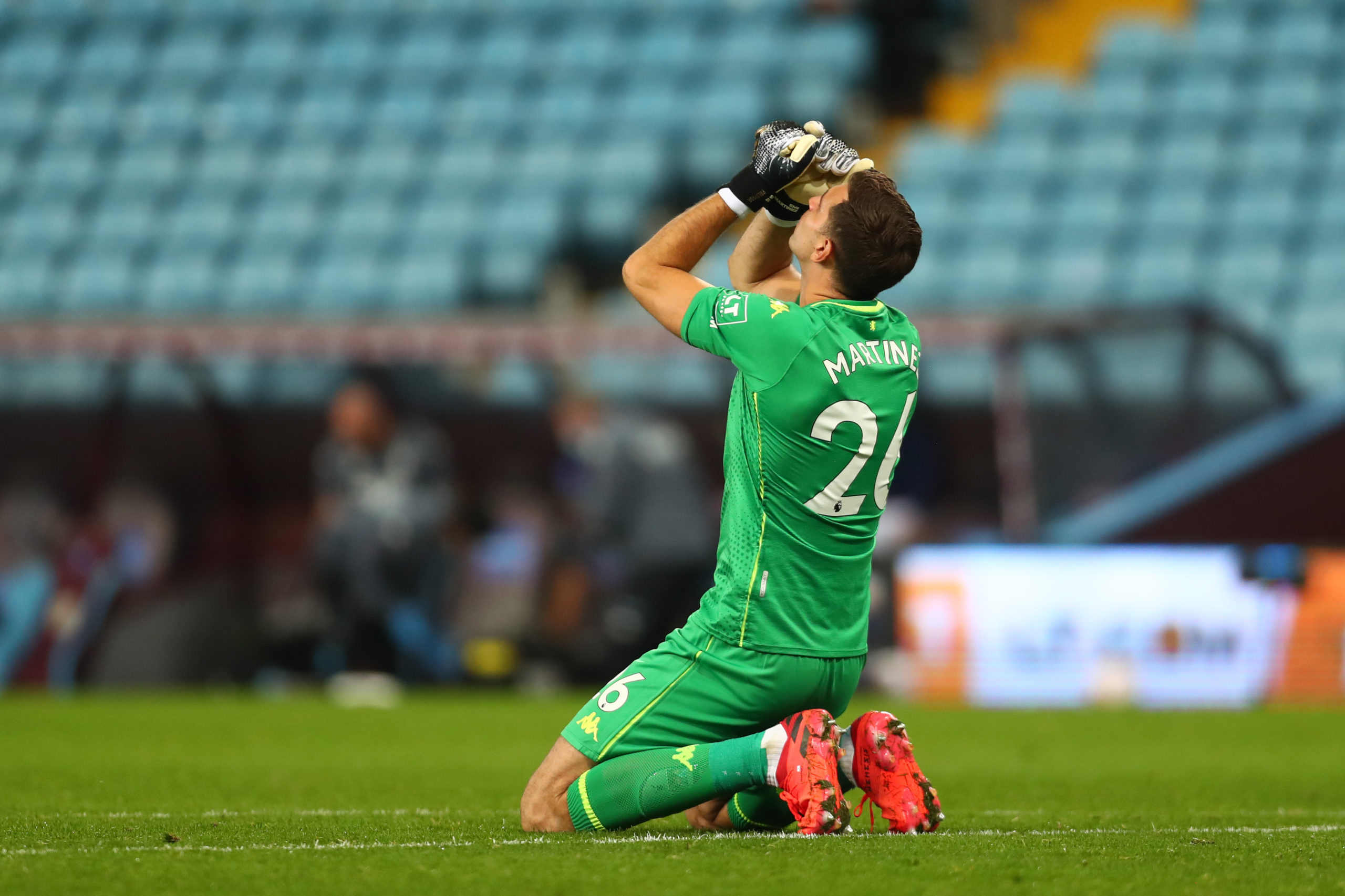 Argentine goalkeeper Emiliano Martinez has opened up on his decision to join Aston Villa this summer.

The 28-year-old left Arsenal to play regular first-team football at Villa Park and he has no regrets.

Although the move from Arsenal to Villa can seem like a step down, it is a step up for the player personally.

“I’m in the best shape of my career and when I didn’t have the security of that game time, I wasn’t sure about staying,” Martinez told Sky Sports. “I’m fighting to be Argentina’s number one, that’s my dream.

“Aston Villa is a massive club, I had no doubts over coming here. Everyone thinks it’s a step down going from Arsenal to Villa, but I actually think it’s a step up in my career.”

Martinez has been quite impressive for Dean Smith’s side so far and he was quite reliable when called upon at Arsenal too. It will be interesting to see if he can establish himself as a key starter for Aston Villa this season.

When Tom Heaton is fit to play, it should be an interesting problem for Dean Smith.

If the Argentine shot-stopper manages to keep performing at his current level, it could be difficult for Heaton to get back into the starting lineup.

Aston Villa’s decision to spend £20million on the player has proven to be a correct move so far. He has been instrumental to their impressive start to the season.