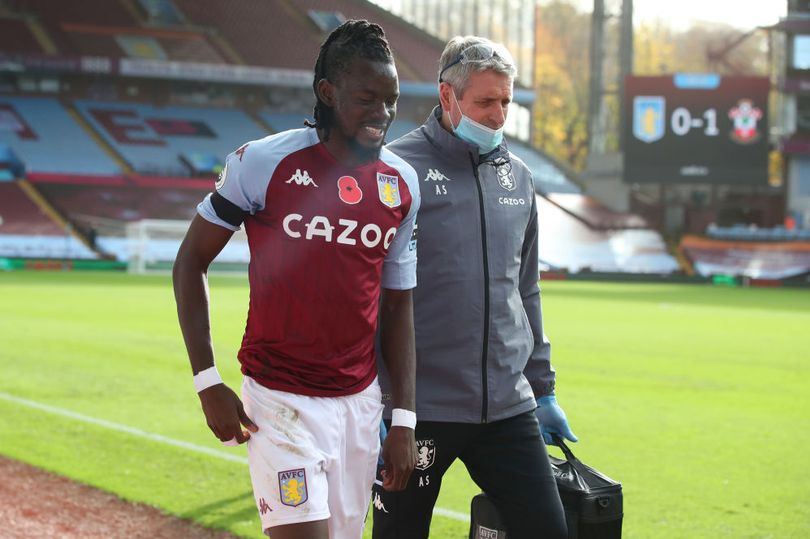 Aston Villa winger Bertrand Traore hobbled off against Southampton and manager Dean Smith has now provided an injury update on the 25 year old.

Southampton won the game 4-3 and the former Chelsea winger will be disappointed to have left the pitch without making an impact for his team.

The 25 year old had to be taken off on 29 minutes after the player injured his left groin.

Smith has claimed that the injury might not be serious but he’s still waiting for an update from the medical staff.

“It happened on our short free-kick routine where it came to him and he side-footed it on the edge of their area just wide,” he said.

“He felt his groin so the medical staff will look at him and we’ll see how bad it is. I don’t think it’s really serious otherwise he wouldn’t have carried on.”

Aston Villa spent £17 million on Bertrand Traore earlier this summer and they will be hoping for a big season from him.

So far the 25 year old has not managed to make a significant impact for his new club but he certainly has the ability to make a difference for Aston Villa this season.

It will be interesting to see if he can return from his injury swiftly and hold down a regular starting berth at Aston Villa in the coming months.

If he manages to settle in quickly, he will add pace, flair and goals to the side.