Dean Smith heaped the praise on Villa’s 24-year-old striker, as he scored against Arsenal with his 10th league strike of the season. 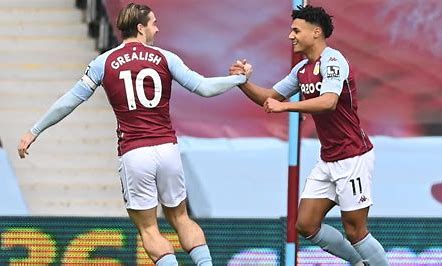 The Villa boss revealed he has not been surprised by the impact the striker has made so far at Premier League level.

Aston Villa signed the striker for a club-record fee, reported to be £28million potentially rising to £33m.

The striker caught Villa’s attention after the 24-year-old scored 26 Championship goals in 2019-20.

Watkins’s goal versus Arsenal was his 10th Premier League strike of the campaign.

Smith said of Watkins: ‘I think every week we’re speaking very well of his performance, and that’s what he brings to the team.

‘He’s selfless in terms of what his work-rate is. He’s such a good footballer but a good team-mate as well.

‘It’s no surprise to me he has got into double figures already in the Premier League in 21 games.

Ollie Watkins’s performances this season have been so impressive, he has been linked with a potential England call-up.