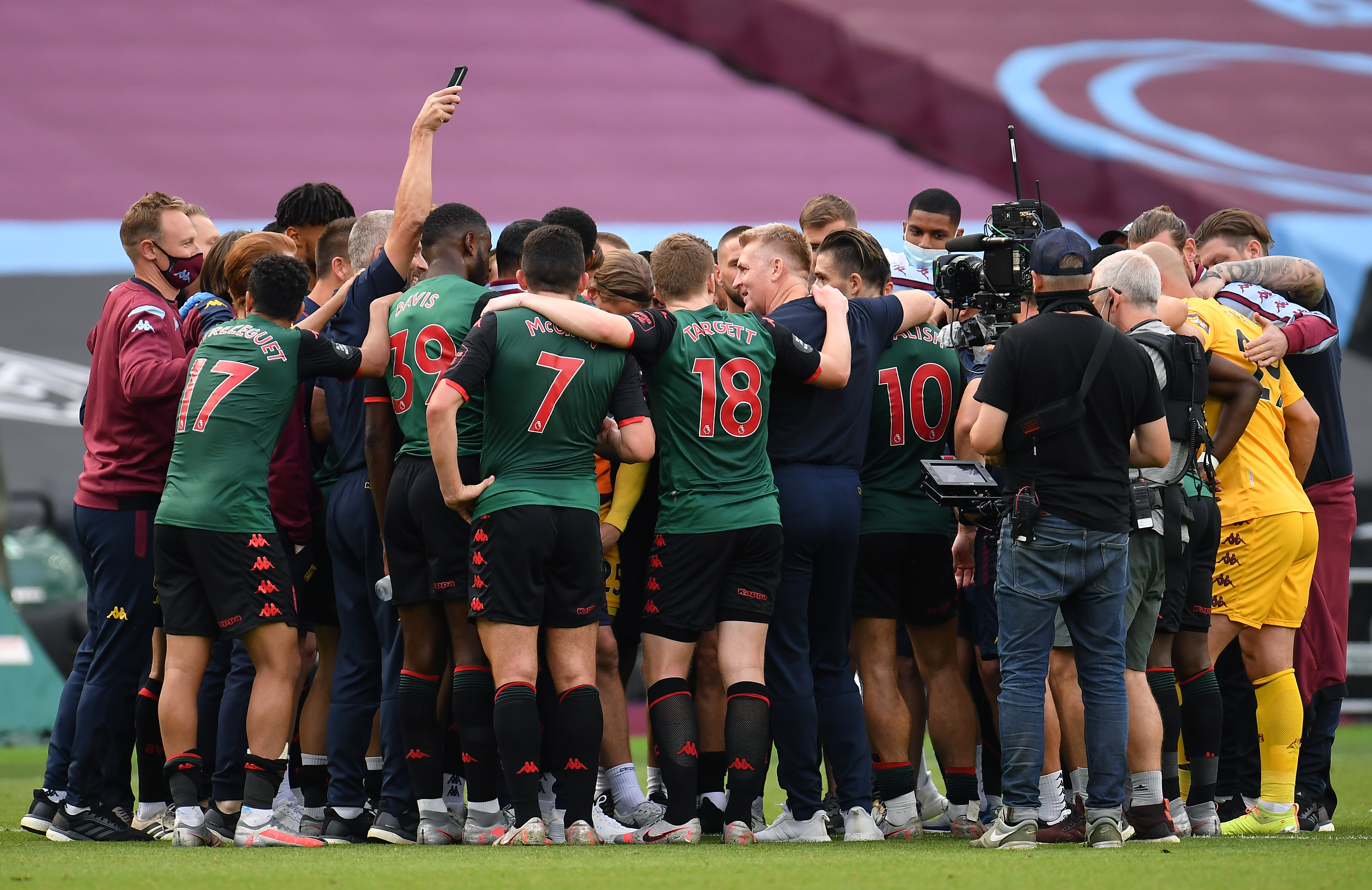 Aston Villa won the survival race last season as they managed to beat the drop in the final game of the campaign. A 1-1 draw at West Ham United was sufficient to preserve their Premier League status ahead of Bournemouth and Watford, who finished 18th and 19th respectively, one point behind them on the table.

Ahead of the 2020/21 campaign, the west Midlands outfit have not made any additions to the first-team squad, but manager Dean Smith will definitely want to improve his options across the playing field.

Villa were the second highest spenders in the transfer market last term as they paid nearly £140m on new signings, but that nearly proved a big blunder as they only scrapped over the line in the relegation battle.

The Premier League fixtures for the 2020/21 season were recently announced and Villa have been handed a potentially favourable beginning to the campaign when compared to some of their relegation rivals.

They were initially due to kick off their season with a tough away challenge at Manchester City, but that game has been postponed indefinitely because of the Cityzens being granted a 30-day summer break after their Champions League quarter-final exit to Lyon on August 15.

Hence, Smith’s side will start of their campaign one week later with a home clash against Sheffield United, which was filled with controversy last time around. The Villains met the Blades in the first game after the coronavirus shutdown in June and they were fortuitous to come up with a point from a goalless draw.

Oliver Norwood’s free-kick was clearly over the line when goalkeeper Orjan Nyland attempted to catch the ball. However, to the surprise of the many, the referee did not award the goal after there was no indication via the goal-line technology that the ball had crossed the line.

That point eventually proved the difference between safety and relegation. Obviously, Villa were not to blame to the technology error and they will be aiming to make a point when Chris Wilder’s men visit Villa Park for their season opener, potentially on September 19.

Thereafter, the club will come up against the likes of Fulham and West Ham United before their first major test against Arsenal. Villa’s stunning 1-0 win over the Gunners last month was the catalyst behind their top-flight survival, but they can anticipate a tough challenge this around, given their opponents did not have much to play for in the previous meeting.

The games against the so-called top-six teams have been well spread out for the Villains for most of the campaign, but they have a tough end to the season where they are scheduled to face Liverpool, Manchester City, Manchester United, Tottenham Hotspur and Chelsea in five of the final eight matches.

That includes back-to-back games against Spurs and Blues to end the campaign and Smith will be hoping that his team can stay clear of the relegation zone by then. Villa’s chances of survival may depend on whether they can find the right players in the transfer market this time around. 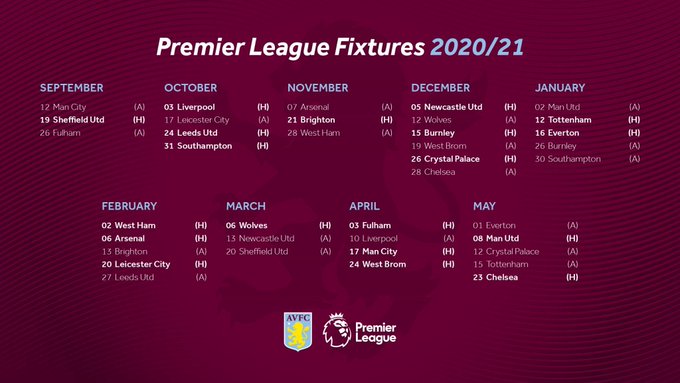