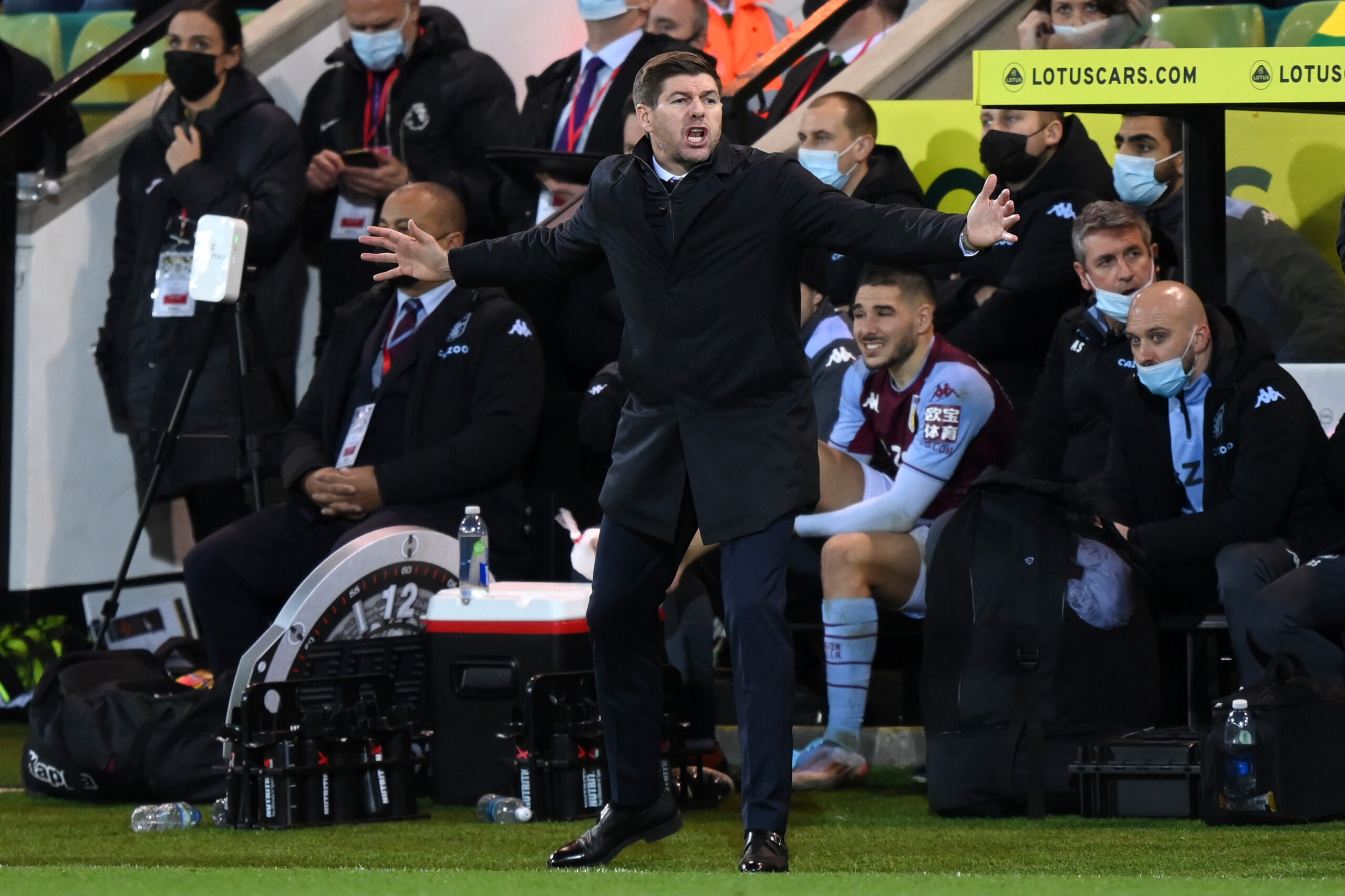 After recording successive Premier League wins to get his Aston Villa reign off to a flying start, new boss Steven Gerrard has slowed down a bit.

A lack of consistency saw the Lions finish 2021 in a lowly 12th in the Premier League table.

With their chances of reaching their first European qualification in over a decade already hanging by a thread, Villa will hope for a ferocious start to 2022.

Let’s look at the challenges waiting in the wings this January.

Villa’s road to redemption in 2022 starts at the Brentford Community Stadium on January 2 as they take on the Premier League newcomers Brentford.

Ivan Toney broke the deadlock to give the Bees an early lead in the reverse fixture at Villa Park. But Emiliano Buendia’s 13th-minute equaliser rescued a draw for the Lions back in August.

After an impressive start to their first-ever Premier League campaign, Thomas Frank’s men ran out of steam down the final stretch of 2021, dropping to 14th in the standings.

Brentford rounded 2021 off with three consecutive defeats ‘to nil’ in all competitions, including a 1-0 home loss to reigning champions Manchester City last time out.

They will hope to find their feet against Villa, who have blown hot and cold since Steven Gerrard’s arrival at the helm in November.

Heading into the New Year, the Midlanders have alternated between winning and losing across six successive Premier League matches (W3, L3).

If football does follow the script, Villa should win this match in London after turning a 1-0 lead into a 3-1 home reverse at the hands of Chelsea in their final league game of 2021.

Only five days after their FA Cup clash at Old Trafford, scheduled for January 10, Villa will host Manchester United to Villa Park for a mouth-watering Premier League showdown.

Kortney Hause’s 88th-minute header catapulted a Dean Smith-led Lions side to a 1-0 triumph in the reverse fixture at the Theatre of Dreams.

So Villa will face a unique opportunity to register their first-ever Premier League double over the Red Devils.

Coming back to Villa Park, where they have not drawn any of their last seven Premier League matches (W3, L4), the Midlands team will hope to avoid losing back-to-back home games for the first time under Gerrard.

That could be easier said than done, as Villa have lost their last three top-flight meetings with Man United on home turf, drawing a blank twice in that run of H2Hs.

Moreover, the Red Devils have enjoyed a renaissance in the wake of Ole Gunnar Solskjaer’s departure, going unbeaten in all six league outings in the post-Norweigan era (W4, D2).

Villa will complete their January action in the Premier League against an out-of-sorts Everton side at Goodison Park on January 22.

Since returning to England’s top-flight in 2019/20, the Lions have gone undefeated in all five league meetings with the Merseyside rivals (W3, D2).

They even picked up a comprehensive 3-0 home win in the reverse fixture earlier this season despite being held goalless until the 66th minute.

Villa’s hopes of pulling off their first Premier League double over Everton since 2000/01 will hinge on their ability to open the scoring as they’ve lost all six away league games when conceding first this term.

It is also worth noting that the Lions have only won once in their last nine top-flight visits to Goodison (D5, L3), courtesy of a 2-1 victory back in April.

They last achieved back-to-back Premier League wins at Everton between 1996 and 1998, highlighting Villa’s struggle in the blue part of Liverpool.