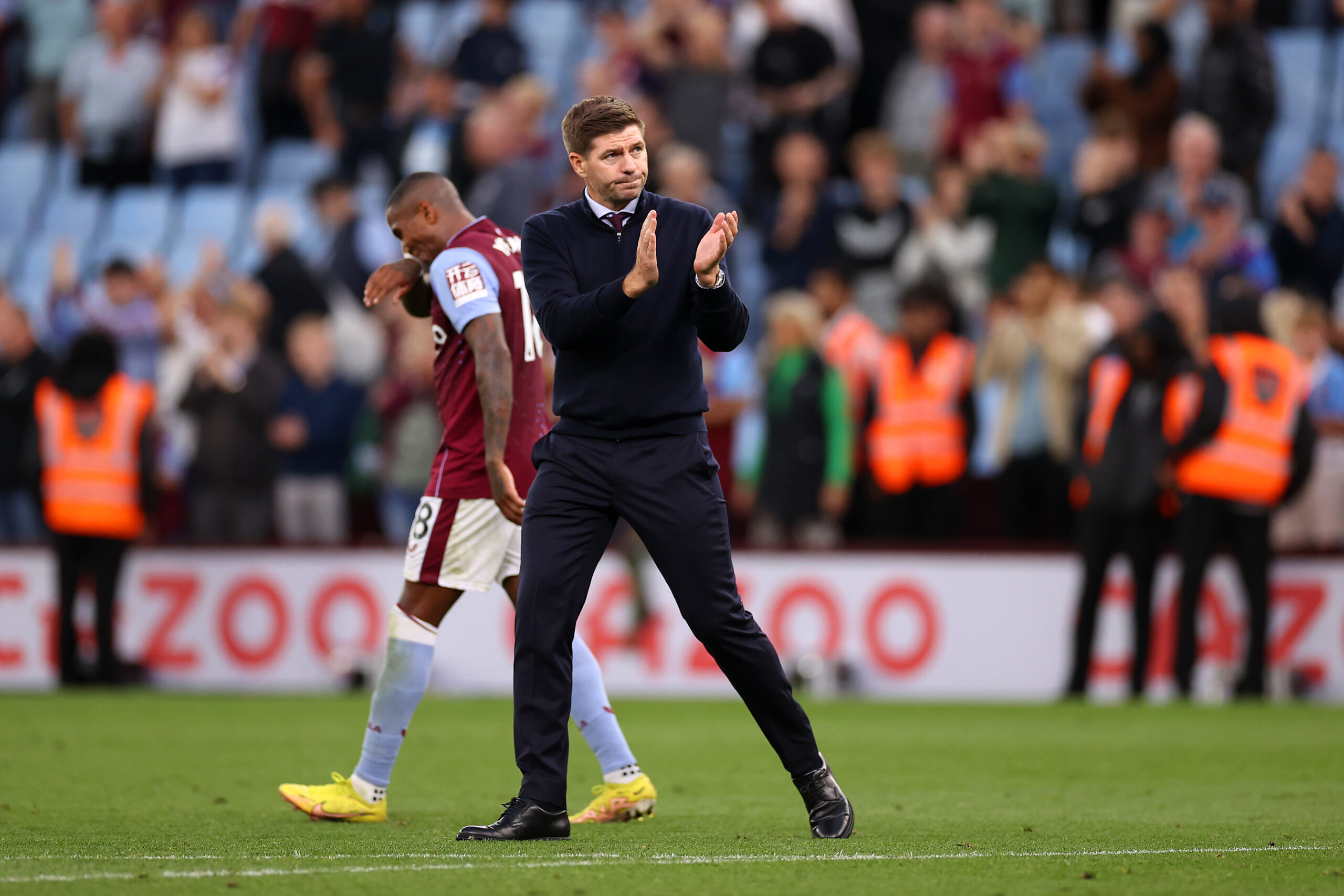 Under-pressure manager Steven Gerrard will hope to turn Villa’s fortunes around following an extra rest period after the passing of Her Majesty Queen Elizabeth II.

However, if the former Liverpool captain is to remain at the helm, he needs to find a way to get Villa back to winning ways sooner rather than later.

Villa’s poor Premier League start has seen them pick up just one win from six matches (D1, L4), keeping them pinned to the relegation zone, level on points with 18th-placed West Ham United.

Southampton’s visit could help Philippe Coutinho & Co turn the corner as they claimed an overwhelming 4-0 triumph in this corresponding fixture last season.

Destined for another season-long struggle in the bottom half of the standings, the Saints have been the epitome of inconsistency early in the season.

Since an action-packed 2-2 home draw with Leeds United in mid-August, Ralph Hasenhuttl’s men have alternated between winning and losing in their four subsequent Premier League outings (W2, L2).

Despite all the trouble and indifferent performances, Villa can draw inspiration from the recent H2H record against Southampton, having come out victorious in two of their last three league meetings (L1).

But the Lions can ill-afford to rest on their laurels, considering last season’s thumping victory served to put an underwhelming six-match winless home league streak against the Saints to a halt (D2, L4).

Gerrard’s number one assignment ahead of Friday’s encounter is to plug his side’s defensive holes after Villa failed to keep a clean sheet in their last 11 Premier League fixtures.

Diego Carlos, who has sent a message to fans amid his recovery process (via Birmingham Mail), will be on the sidelines, which is unlikely to give a hand to Villa’s bid to keep Southampton at bay.

Visiting Southampton have found themselves on the losing side twice in their three Premier League away games this term (W1) and have yet to register a shutout on the road.

Bringing the 2021/22 season into the equation, the Saints have only won one of their last ten Premier League matches on hostile turf (D3, L6), which suggests Villa can hope for the best here.

Yet if you’re looking for an omen, Hasenhuttl’s lads have avoided defeat in each of their last five top-flight contests held on (W4, D1).

Villa vs Southampton, alongside all other matches in England’s top-tier competition this season, is available to watch online via football live streams. And if you are interested in attending a future Champions League game, check the Premier League tickets page for more information.

There’s a feeling that this bottom-half clash can go either way, especially given both sides’ ongoing form woes and their four-match H2H record in the Premier League.

Indeed, both teams have picked up two wins apiece across their last four league meetings, so there’s not much to separate them ahead of the kick-off.

We cannot see anything other than a share of the spoils, though we back both sides to get on the scoresheet.