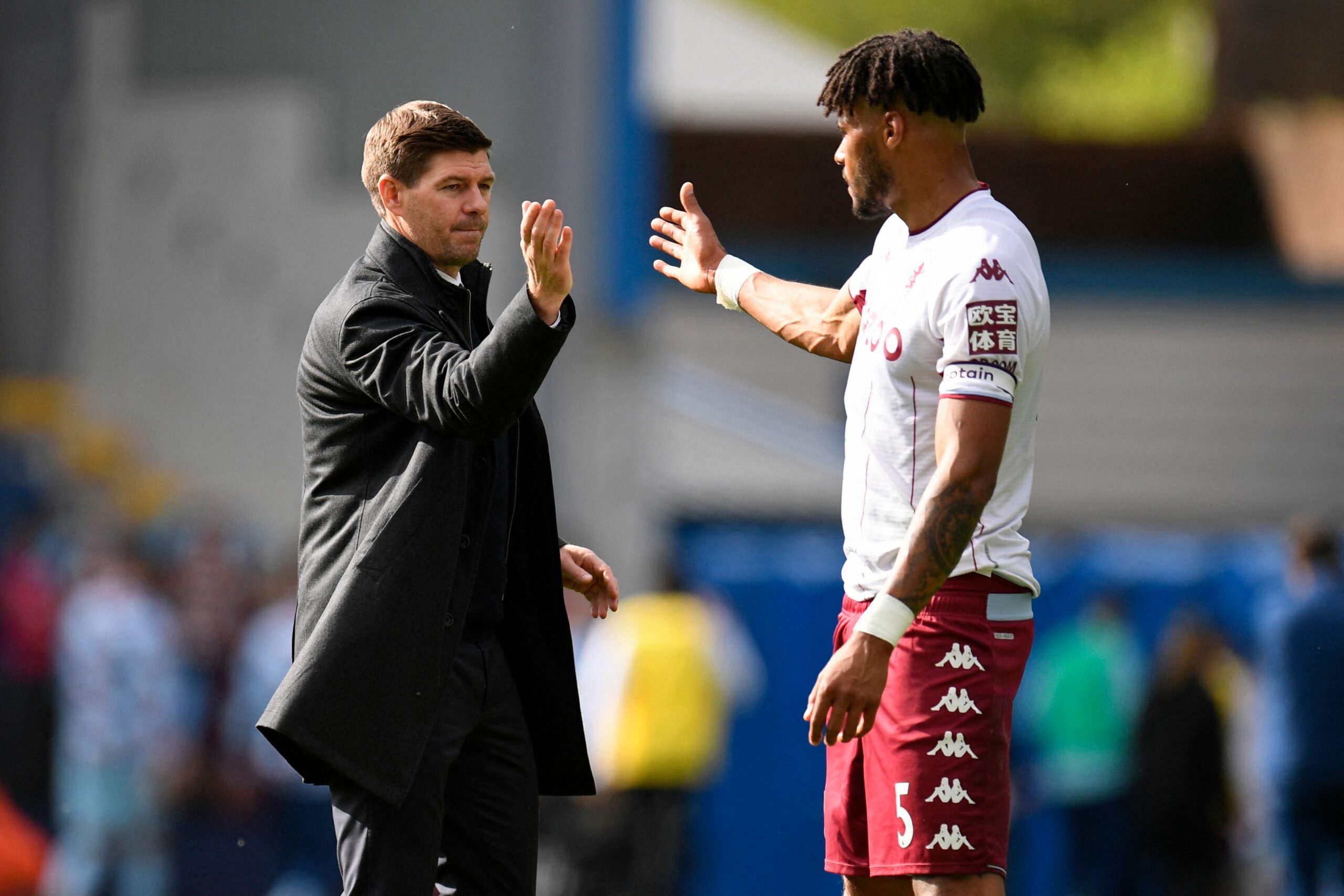 Midweek Premier League action gets underway at Villa Park on Tuesday as Aston Villa take on title-battling Liverpool in a tasty-looking clash.

Coming into this round, the Midlanders sit 11th in the table, just one point adrift of 10th-placed Crystal Palace and a potentially enthralling season finale is in store for Steven Gerrard’s side.

Gerrard now braces himself for an emotional reunion with his beloved Liverpool, whose hopes of claiming a historic quadruple took a massive hit at the weekend.

Jurgen Klopp’s side came from behind to hold Tottenham Hotspur to a 1-1 draw at Anfield on Saturday, falling three points below pacesetters Manchester City.

With three matches left, the Reds are no longer in control of their fate, but they can ill-afford to slip up in Birmingham if they are to keep the dream alive.

Villa vs Liverpool, alongside other midweek Premier League fixtures, are available to watch live online via soccer streaming sites.

After bouncing back from a run of five winless Premier League games (D1, L4), Villa could register three consecutive victories for only the third time in their last nine top-flight campaigns.

However, except for an epic 7-2 thrashing in this exact fixture last season, the Lions have lost seven of their eight previous league meetings Liverpool.

There is still a piece of history up for grabs, as Villa could beat the Reds in back-to-back home encounters for the first time in their Premier League history.

Despite stretching their undefeated league streak to 16 matches with the abovementioned draw with Spurs (W13, D3), Liverpool could pay the ultimate price for failing to overcome Antonio Conte’s side.

With Man City having opened up a three-point gap, the Reds will turn to their impressive scoring ratio away from home to get back to winning ways and keep the pressure on the reigning holders.

Klopp’s men have drawn a blank just once in their 17 Premier League games this season, netting 41 goals in the remaining 16, at an average of 2.56 per match.

Leon Bailey and Kortney Hause are unavailable for selection in the Villa squad due to injury, while up-and-coming youngster Jacob Ramsey could get back to full fitness in time.

As per the latest Liverpool news, household striker Roberto Firmino remains the only absentee in the travelling camp.

Tuesday’s visit to Villa Park could be the perfect rehearsal for next weekend’s FA Cup final against Chelsea, where Liverpool will be seeking their second trophy of the season.

Though Klopp will have one eye fixed on the upcoming Wembley showpiece, the Reds should not suffer another setback and we back them to sink their former hero Gerrard.