Aston Villa vs Everton postponed because of Covid outbreak

Aston Villa have had their match against Everton successfully postponed, as their Covid-19 nightmare continues. 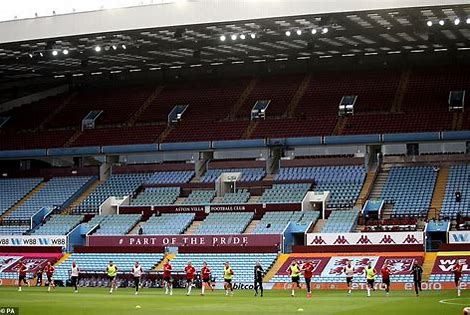 Aston Villa had to play a side consisting of Under-23s and Under-18s in the FA Cup against Liverpool, last Friday.

Aston Villa’s league game versus Everton has been postponed because of the ongoing Covid-19 crisis at the club.

The Premier League confirmed the decision after Aston Villa had requested for the game to be called off.

Villa’s training ground has been closed since the outbreak at the club last week.

The Midlands club already have three games in hand on some clubs in the league and are due to face Manchester City on Wednesday.

‘Aston Villa’s home match against Everton, scheduled to be played on Sunday 17 January at 12:00 GMT, has been postponed by the Premier League Board.

Following the rescheduling of Villa’s fixture against Tottenham Hotspur, which was due to be played last night, a significant number of players and staff remain in isolation.

As a result, the Premier League Board has agreed to Aston Villa’s request to postpone their match on Sunday.’

The Premier League also stated that Aston Villa’s game against Newcastle United has been rescheduled for 23 January.