Aston Villa have signed Morgan Sanson from Marseille for an undisclosed fee. 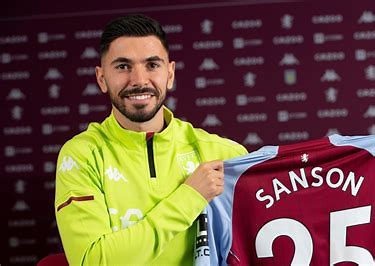 Aston Villa have signed former France Under-21 midfielder from Marseille for an undisclosed fee.

The 26-year-old made 122 Ligue 1 appearances for Marseille after joining from Montpellier in January 2017.

The 26-year-old will wear the No.25 shirt and will look to make his debut against Southampton on Sunday.

Morgan Sanson said the chance to move to Villa Park was “the best opportunity for me and my career”.

Talking to the club website, the Frenchman added: “I’m very proud to join the Aston Villa family, and in the future I hope we can do great things together.”

Head coach Smith said: “Morgan has performed consistently at the highest level in French football for a number of seasons as well as in this season’s Champions League, and is a player with the quality and experience to play in any midfield position

He will add real competition for starting places and gives us more squad depth which is vital to competing successfully in the Premier League.”

Smith added: “He is due to come in and train on Thursday as I understand it. With Brexit there are restrictions on the need for a Visa so any player coming from Europe now is going to take longer than it used to.”

“Once he comes in to train with us we’ll get a good idea after his first training session of where his fitness is. But his numbers are really good and he’s back to fitness and playing minutes. He’s been playing at the top of the French league for the last 5-6 seasons and we know he is robust enough to cope with the demands of the Premier League.”

“His assets are his ability on the ball to see a pass. He can create, he can break things up, he has good legs and loads of energy around the midfield area, he is a hybrid player as well. He can play as a 10, 8 or as a 6. He certainly gives us a lot of room in the midfield area.”