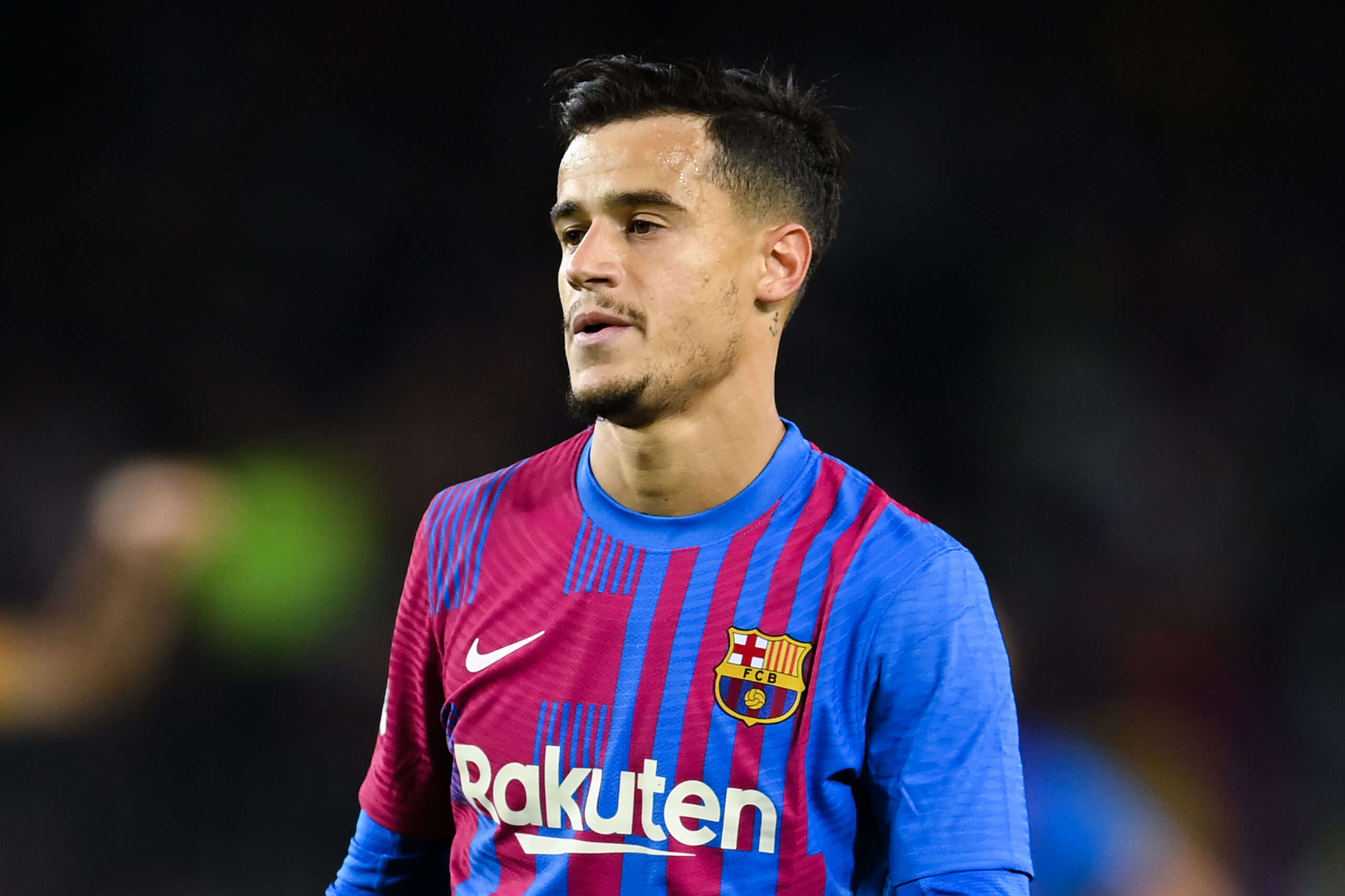 Philippe Coutinho is on the verge of completing his six-month loan switch to Aston Villa from Barcelona as part of his bid to get his stuttering career back on the rails.

According to Italian journalist Fabrizio Romano, Villa have signed the 29-year-old on loan with an option to make it permanent for approximately £33 million at the end of the season.

Per Sky Sports, Villa will be paying 50% of Coutinho’s weekly wages, plus add-ons, with the player due to arrive at Villa Park within 48 hours to undergo medicals.

The former Liverpool star’s career has been on a downward spiral since his blockbuster £146m transfer to Camp Nou in January 2018.

Coutinho moved to La Liga to nail down his status as the world’s best playmaker, but he suffered an epic failure in Barcelona.

Unfortunately, his dream has turned into a nightmare.

Four years later, the ex-Inter Milan starlet is aiming to get his career back on track, to forget his Catalunya nightmare as soon as possible.

Steven Gerrard to help his ex-Liverpool teammate revive his career

As reported by the Daily Mirror, the former England international made a call to persuade the attacking midfielder to join him at Villa Park.

Gerrard knows in-depth about the Brazilian’s qualities as the duo shared the pitch during their playing time at Anfield.

Coutinho was then considered one of Europe’s finest playmakers in Europe’s top-five leagues and was on course of establishing himself as one of the world’s best.

Now set to reunite with his former clubmate and familiar Premier League surroundings, he will be looking to rediscover his Liverpool form.

The Brazilian’s career has been in steady decline over the past four years, but if there is still an ounce of desire left in him, Gerrard could be the man to wake up the ‘old’ Coutinho.

Despite reinvesting the £100m they earned from Jack Grealish’s move to Manchester City in the summer, Villa have failed to replace their former captain.

Following a stellar 2020/21 Championship campaign with Norwich City, Emiliano Buendia arrived at Villa Park in the summer but has since struggled to live up to his status as a marquee summer signing.

A lack of consistency has seen the 25-year-old deliver a bag of mixed performances week in, week out, forcing Gerrard to consider adding another playmaker in January.

The Lions gaffer hopes Coutinho could fill the void left by Grealish’s departure or at least help Buendia improve in the second half of the season.

If everything goes as planned, the Barcelona outcast may be able to help Villa navigate their upcoming Premier League games against Manchester United and Everton.